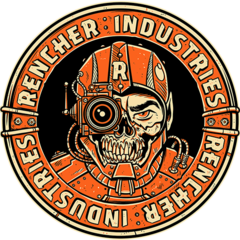 I talked with Gary at NAB, and he gave me a tour of the monitor. It's very bright! We took it out when the sun was high in the sky, and it was perfectly usable.   Since there is no glass over the